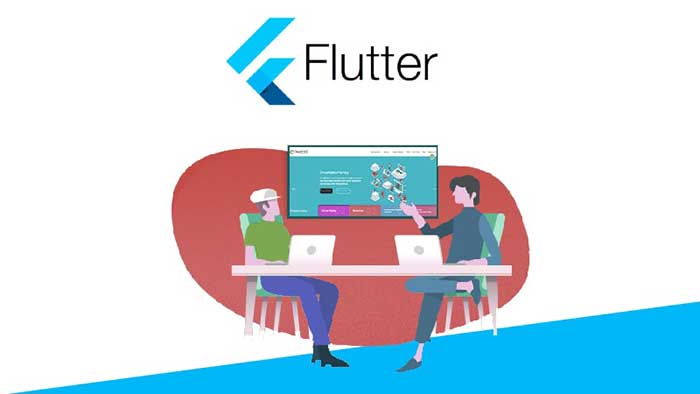 We have witnessed that some of the best apps that take home awards are those with amazing and stunning user interfaces giving flawless experiences. You can go ahead and make a stint with Flutter to build award-winning apps for sure. Build Simple UI + Flawless Customer Experience in record time with Flutter.

Is it Good to Use Flutter for every kind of App?

Talking about every kind of app, we do have some thoughts about it:

Another reason to keep digging more about Flutter. Right?

What is Google Flutter?

Here is a short introduction about Flutter that we borrowed from Bing Sun, a developer at Alibaba on using Google Flutter for mobile development of their giant Alibaba mobile app.

“We were immediately intrigued by Flutter possibilities when it comes to UX – including high FPS and smooth UI. But, above all, Flutter was an incredible time-saver. It allowed us to use a single codebase which makes the maintenance of our app much easier and faster.”

Choosing Flutter application development seems to be a sure win for Alibaba- A marketplace + Bank, all at once!

In other words- Flutter by Google is an open-source mobile app development framework to create iOS and Android apps especially creating apps for Google Fuchsia.

Google Flutter started as ‘Sky’ which ran on Android OS and this was launched in 2015 Dart developer Summit. The Alpha version of Flutter was introduced in May 2017. So, this relatively new framework for mobile app development has already gained spotlight because it is a product by Google. Second, it is an open-source framework. How delightful is it to see that the first stable version of Flutter has already been released on Dec 4th of 2018 in the Flutter Live Event.

We are really intrigued to share this quote by Kurzgesagt:

❝ We create beautiful videos to share our passion for knowledge. We value quality over quantity, always. Nothing in the universe is boring if you tell a good story.❞

Why this quote? Flutter enables the UI designers to use widgets to create captivating timelines in the app development. We love them for sure!

We will explain these architectural components in detail.

Like every framework has a language in which the apps are built, Swift is to iOS and Java is to Android. On the same note, Dart language is used to create the apps in the Flutter development services. The open-source Flutter apps can be created with this mobile app development platform. AOT compilation system is used on iOS within the Dart Platform. Source Code is reflected immediately in the app without having to reset or any loss.

Basic functions and libraries are used to create mobile apps when Dart is used for programming in Foundation Library. APIs are used to communicate with the engine in this library which is written in Dart. The framework library has classes like AbstractNode, BindingBase, BitField, Category, ChangeNotifier, Diagonisticable Tree, Diagnostics Node and more.

There are two sets of widgets conforming to particular design languages. The Material Design widgets implement design language of Google- which is of the same name as the widget. It is quite surprising to know that Cupertino widgets are also used in Flutter design-specific widgets which imitates the iOS design of Apple. We can surely say that small widgets have exceptional powers and Google Flutter for mobile development is a live example of the same.

Low-level rendering support is provided by a graphics library called Skia. The primary language of Flutter is C++. Platform-specific SDKs interface support is also there such as Android and iOS. In simple words- The Flutter Engine is a great portable runtime which the Flutter app developers are using and you should also build your next iOS and Android app with Flutter because of the many benefits Flutter own.

This start-up friendly open-source multi-platform mobile app development has many benefits which we are going to discuss below:

There is no doubt about the fact that one can easily make Flutter Shopping app or Flutter News app with this open-source framework. Developers and other contributors find it easy to collaborate and extend/ add to this framework according to their capabilities. This is how this framework expands. User-friendly and ultra-accessible- Flutter gives exceptional scope to the tech community for collaboration and design potential.

Variety of Widgets are available in Flutter Framework:

Widgets make for the basic yet advanced foundation of Flutter mobile app development framework. Being free for use, Flutter has been used by the developers for a big catalogue of the Widgets available for designing native apps from a single codebase. Every top Flutter app development company can’t do it without the use of widgets- which is somewhat kind of speciality of this high-speed framework. IntelliJ plugin is quite popular among the developers which they generally use. Moreover, widgets make the development process quite hassle-free and easy.

If you already didn’t know, Flutter is an exceptional framework where the mobile app developers can create native iOS and Android mobile apps with the use of a single codebase. Using this incredible framework, one can easily escape from the trouble of shifting the Android codebase to the iOS code. Therefore, both the native apps with safe and secure code are created using the dynamic Flutter by Google.

Java-like Features, but even Better than Java + Widgets:

Another thing that most of the developers feel about Flutter is that though one may not get complete Java feels while designing the UI of apps in this platform but it still gives the Java-like environment, that is further made easier by the power to add widgets. Top Flutter apps are a real example of the use of this exceptional power of this user-friendly framework.

Flutter comes integrated with some of the very best editors such as Visual Studio Code and Android Studio Editor giving yet another way to add or subtract edits in the app development processes. This seems to be a favorite among the best Flutter app developers when they are able to make smarter completions in fraction of seconds.

Flutter is a live example among the frameworks that shows that the real power of app development with Flutter is due to the small widgets that have amazing power to create some of the most dynamic apps ever.

What are Widgets by the way?

In Flutter, widgets are immutable description of the part of a UI. Widgets are created or assembled in the UI designing in the Flutter framework. Whatever a user sees on the User Interface, everything is a part of a widget.

All the text, animations and shape that a user sees on an app are created using these small and reusable widgets. However, there is an interesting thing to note that Widgets are completely optional, as Foundation Library is an alternative to draw parts of the user interface directly on to the screen. Canvas Commands are used in it to be precise.

Flutter is definitely known for custom mobile app development which is perfect for creating a customized application experience. As goes with what users like and what they don’t like, it is for sure that seamless and beautiful experiences on the user-interface of the mobile apps is a primary aim that almost every developer wants to achieve with top Flutter widgets for sure.

If you think that your app requirement for library is very wide when it comes to functionalities, Flutter application development may not serve you full-fledged.

ABC, the writer of this web blog thinks that owing to the rich user-experience Flutter delivers when used by the co-developers across the world, it is a sureshot winner. Free and open-source, there is something for someone in Flutter.