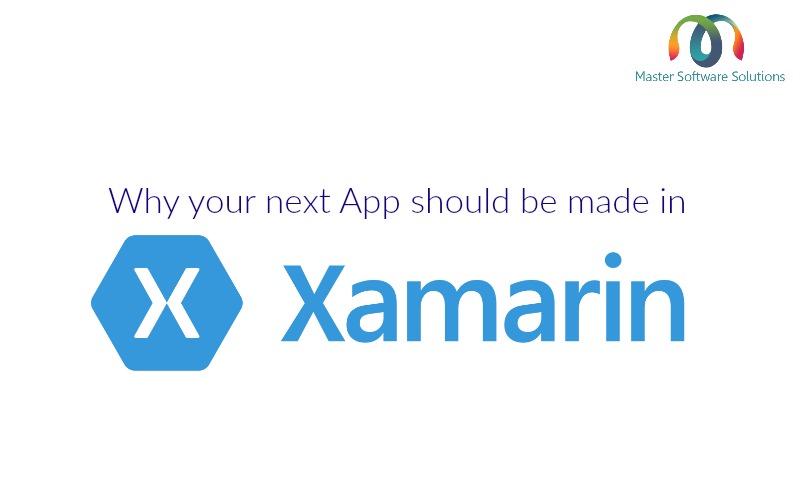 Mobile applications have become an instant hit over the last few years because of its diverse suitability for all needs. Due to the vast capabilities and features of these applications, they are a preferred way of connecting in today’s age.

Out of many other advanced technologies, Xamarin is a brand new cross platform technology that is being considered by developers all over the world. This technology is apparently great at making great cross platform applications.

If you are looking forward to make an app, here’s why you should choose Xamarin.

Xamarin is exceptional in creating premium quality user interfaces, which means that the user experience is great on native devices. It codes in C#, which works perfectly for creating native interfaces, keeping in mind the device hardware and operating system features.

Using C# in Xamarin, developers can render great cross platform features on all devices such as back-end integration, web service call and database interaction etc. A majority of all these features written in C# thus helps in reducing the add-on work and time. Meanwhile, developers can easily save time for debugging, testing and other wide range of tasks.

There are many free and paid components available in Xamarin for uninterrupted sharing such as UI controls, Cross platform libraries and 3rd party online services. These components can be easily shared, further making it easy for the developers to collaborate and share different features required for the cross platform app development.

Xamarin is well known for quick app development lifecycle, as compared to the rest of the frameworks. Although creating a user experience similar to native platforms lead few developers to assume that the entire process takes up a lot of time. However it isn’t true; it simply fast tracks the entire development process due to the ease of coding the entire app in C# without the need of native coding or SDK.

Since Xamarin is a cross platform framework, the need to separately hire individual developers or infrastructure is nonexistent. A single team of Xamarin developers will write the code for your application and then deploy it over different platforms. The end product is thus, a relatively seamless app. Therefore, Xamarin is highly cost effective that reduces your expenses in long haul.